Tom has a BS in Architectural Design from Washington University and he is a graduate of the Furniture and Cabinetmaking Program at the North Bennett Street School in Boston. He has worked professionally for 20 years as a furniture maker. He has extensive training in hand tools and traditional furniture making, and makes furniture in styles ranging from antique reproductions to contemporary designs.

Art, designer/craftsman, has run a custom cabinetry and furniture business for more than 10 years. His furniture, with roots in Japanese and Scandinavian design, balances creative combinations of wood and metal. His background includes boat building and traditional stair building. Art's commercial pieces can be seen at the Seattle Art Museum, The Art Wolf Gallery at REI, and Bellevue's Northwest Gallery of Fine Woodworking.

Gudrun Onkels learned the skill of furniture making in Germany, at the master shop of a fine furniture maker, starting in 1986. Upon her graduation, she was honored as one of the three best students of the city, and her piece was exhibited in the old Aachen "Rathaushalle". After working in a co-op in southern Germany, building interior projects, she started her journeyship as a craftswoman, a tradition that is rooted in the guild's beginnings of the 1500's.. She travelled as far as Siberia (1994) where she stayed for 7 month working with carpenters on the restoration of an old wooden church, building furniture and carving a wooden sculpture for a local school in Irkutsk. After her 5 years of travelling in this traditional way, she decided to come to Seattle. She has worked independently in Seattle since 2000.

Steve moved to Seattle in 1992 after receiving his undergraduate degree in Architecture. Over the years he has, among other things, built production furniture and cabinetry for a local contractor. In 1999 he studied with James Krenov at the College of the Redwoods and since his return has been pursuing the craft of fine woodworking.

Ballard Woodworks is a woodworking school and professional cooperative located in the Ballard neighborhood of Seattle. The school offers classes, workshops, and independent studio time in furniture making.

Site by Will Urmston 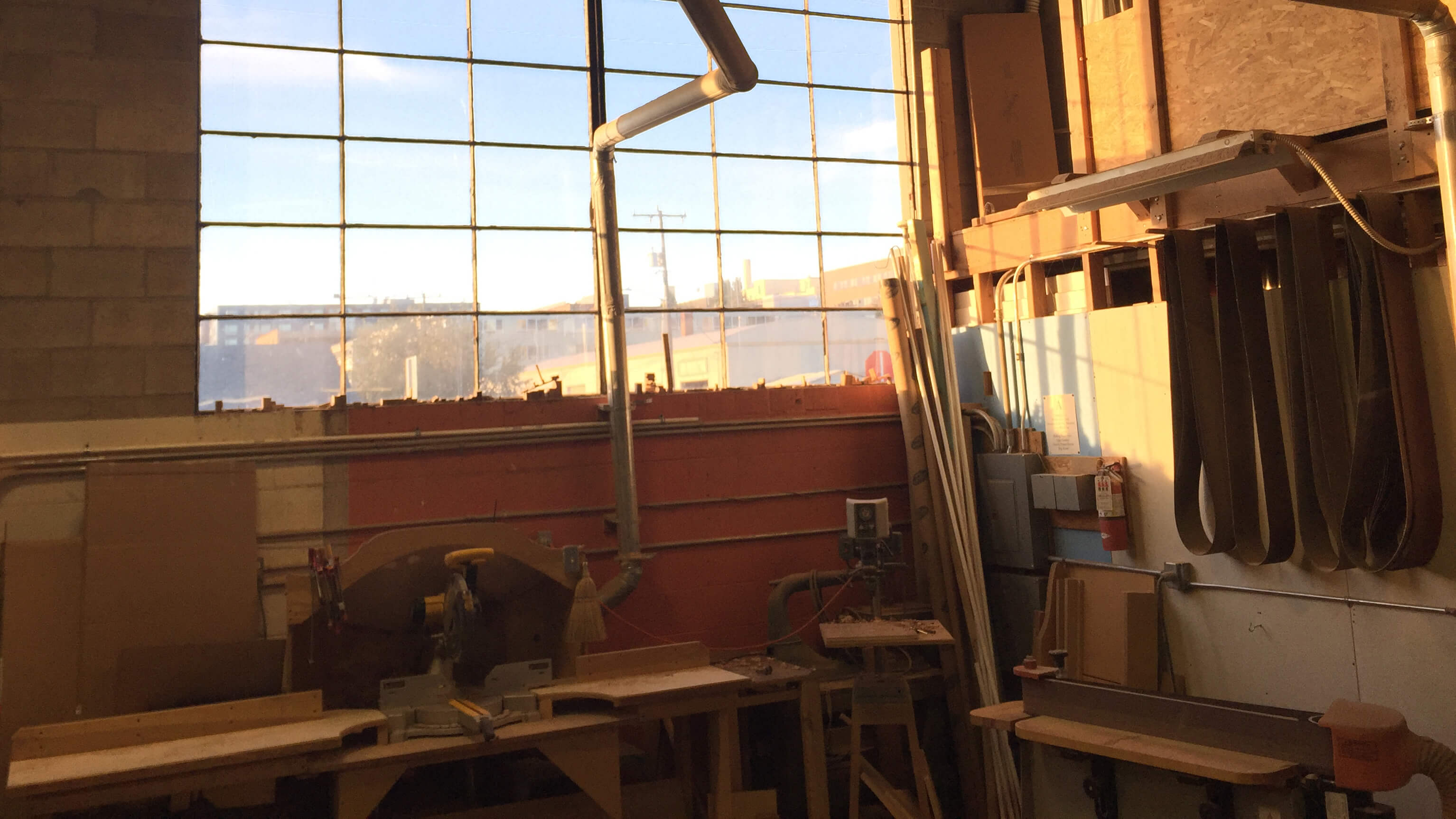 Classes are typically 3 to 6 persons. Students will gain hands-on experience with highly-trained instructors, and make use of our fully-equipped machine room and bench room for hand work.

This is the course designed for people with no prior woodworking experience. Through discussion and hands on experience you will learn about the steps necessary to begin with a rough piece of wood and finish with a small table of your own design. The class will meet for six weekly sessions with a seventh class on a Sunday to discuss the many options for finishing your project. Our finishing instructor, Jon Hurst, is a professional woodworker with many years of experience. He will teach this class on Sunday, May 23rd, from 10 am - 12 pm.

This class is available to students who have had some woodworking education and are familiar with the power tools. The curriculum for these classes is wide open. You will be responsible for designing and purchasing your lumber. The instructor will judge what can or can’t be done, but come with your dream project and see where it will take you!

For those who have been enrolled in a Studio Class and need an extra class to finish their projects. Please contact your instructor concerning the date and time of the class.

Cost: $80
Sign Up
Extra Class
Redirecting to Square...
never mind
Working...
close
You're signed up for a class!

Thanks for signing up! You will receive an email from Square that confirms your purchase. Feel free to contact us with any questions.